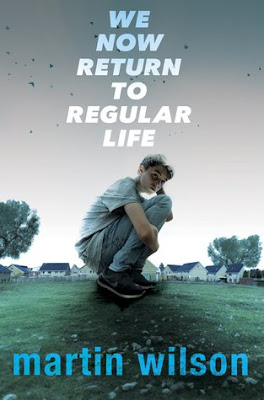 A ripped-from-the-headlines novel that explores the power of being an ally—and a friend—when a kidnapped boy returns to his hometown.

Sam Walsh had been missing for three years. His older sister, Beth, thought he was dead. His childhood friend Josh thought it was all his fault. They were the last two people to see him alive.

Until now. Because Sam has been found, and he’s coming home. Beth desperately wants to understand what happened to her brother, but her family refuses to talk about it—even though Sam is clearly still affected by the abuse he faced at the hands of his captor.

And as Sam starts to confide in Josh about his past, Josh can’t admit the truths he’s hidden deep within himself: that he’s gay, and developing feelings for Sam. And, even bigger: that he never told the police everything he saw the day Sam disappeared.

As Beth and Josh struggle with their own issues, their friends and neighbors slowly turn on Sam, until one night when everything explodes. Beth can’t live in silence. Josh can’t live with his secrets. And Sam can’t continue on until the whole truth of what happened to him is out in the open.

For fans of thought-provoking stories like The Face on the Milk Carton, this is a book about learning to be an ally—even when the community around you doesn’t want you to be.


"We'd been studying on his couch, our Advanced Chemistry textbooks sitting on the coffee table, suffering through questions about alkali metals and noble gases, when Donal made a joke about gas being ignoble. And I'd laughed, like I always did at his dumb jokes." 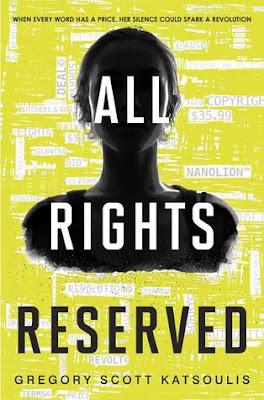 In a world where every word and gesture is copyrighted, patented or trademarked, one girl elects to remain silent rather than pay to speak, and her defiant and unexpected silence threatens to unravel the very fabric of society.

Speth Jime is anxious to deliver her Last Day speech and celebrate her transition into adulthood. The moment she turns fifteen, Speth must pay for every word she speaks ("Sorry" is a flat ten dollars and a legal admission of guilt), for every nod ($0.99/sec), for every scream ($0.99/sec) and even every gesture of affection. She's been raised to know the consequences of falling into debt, and can't begin to imagine the pain of having her eyes shocked for speaking words that she's unable to afford.

But when Speth's friend Beecher commits suicide rather than work off his family's crippling debt, she can't express her shock and dismay without breaking her Last Day contract and sending her family into Collection. Backed into a corner, Speth finds a loophole: rather than read her speechrather than say anything at allshe closes her mouth and vows never to speak again. Speth's unexpected defiance of tradition sparks a media frenzy, inspiring others to follow in her footsteps, and threatens to destroy her, her family and the entire city around them.


"We had just started over the bridge, toward my party, when the famously cheerful 'Don't Jump' Ad clicked on. This had never happened to me before."

Do any of these lines and covers grab your attention? What are your favorite opening lines?