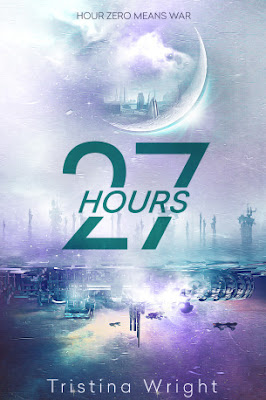 Goodreads Summary: Rumor Mora fears two things: hellhounds too strong for him to kill, and failure. Jude Welton has two dreams: for humans to stop killing monsters, and for his strange abilities to vanish.

Nyx Llorca keeps two secrets: the moon speaks to her, and she’s in love with Dahlia, her best friend. Braeden Tennant wants two things: to get out from his mother's shadow, and to unlearn Epsilon's darkest secret.

They’ll both have to commit treason to find the truth.

During one twenty-seven-hour night, if they can’t stop the war between the colonies and the monsters from becoming a war of extinction, the things they wish for will never come true, and the things they fear will be all that’s left.

27 Hours is a sweeping, thrilling story featuring a stellar cast of queer teenagers battling to save their homes and possibly every human on Sahara as the clock ticks down to zero.

Why it's Wanted:
I'm the first to admit that I'm not the biggest fan of sci-fi. But how intriguing does this one sound? Treason, talking to the moon, forbidden romance...sign me up!