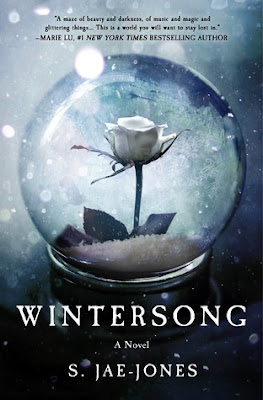 Goodreads Summary: All her life, nineteen-year-old Liesl has heard tales of the beautiful, mysterious Goblin King. He is the Lord of Mischief, the Ruler Underground, and the muse around which her music is composed. Yet, as Liesl helps shoulder the burden of running her family’s inn, her dreams of composition and childish fancies about the Goblin King must be set aside in favor of more practical concerns.

But when her sister Käthe is taken by the goblins, Liesl journeys to their realm to rescue her sister and return her to the world above. The Goblin King agrees to let Käthe go—for a price. The life of a maiden must be given to the land, in accordance with the old laws. A life for a life, he says. Without sacrifice, nothing good can grow. Without death, there can be no rebirth. In exchange for her sister’s freedom, Liesl offers her hand in marriage to the Goblin King. He accepts.

Down in the Underground, Liesl discovers that the Goblin King still inspires her—musically, physically, emotionally. Yet even as her talent blossoms, Liesl’s life is slowly fading away, the price she paid for becoming the Goblin King’s bride. As the two of them grow closer, they must learn just what it is they are each willing to sacrifice: her life, her music, or the end of the world.

First Thought After Finishing: Honestly, I still don’t know how I feel!

From the first time I heard about it, Wintersong seemed like the perfect book. With its historical German setting, the Erlkonig lore, and all of the references to music, I knew that this book would make an impression, and it’s definitely been on my mind since I read the last page.

Liesl has grown up hearing her grandmother’s stories of the Goblin King. As a child, she fancied him her friend, but then she was forced to grow up and help her family stay together. A musician and dreamer at heart, Liesl has had to sacrifice much of her identity in the face of her sister Kathe’s beauty and her brother Josef’s musical talent. But when legends of the Goblin King resurface as more reality than dream, Liesl finds herself trying to navigate Der Erlkonig’s underground world to save her sister...but she may just lose her heart in the process.


"'Life,' he said softly, 'is more than flesh. Your body is a candle, your soul the flame. The longer I burn the candle...'

He did not finish.

'A candle unused is nothing but wax and wick,' I said. 'I would rather light the flame, knowing it will go out, than sit forever in darkness.'"

From the beginning of the story, I felt an immediate kinship with Liesl. She was a musician at heart who had to shoulder responsibilities other though music, though she never forgot the pull of the song. Liesl’s identity is wrapped up in her family, and throughout this book, she is rediscovering who she is as an individual. Enter the Goblin King, who fuels Liesl’s musical dreams. S. Jae-Jones’s reimagining of Der Erlkonig’s character honored the original story while creating something beautifully unique. From the descriptions of the Underground to its inhabitant creatures, the world was thoroughly infused with magic. Beyond this, I loved reading the shy, at times unsettling, but always tender romance that blossomed between the two. Liesl may have agreed to become the Goblin Queen, but their relationship still had a slow burn that made the story that much more intense. Like Liesl, I wanted to discover all of Der Erlkonig’s secrets and to see what happened when they both became the best version of themselves.

I’ve been thinking for some time about how to adequately describe the one sticking point I had with this book. Several times LIesl credited her intimacy with the Goblin King with helping her to become authentic and free, and that struck a dissonant chord. I wish she would have chosen that path because she wanted to share herself rather than find herself.

Regardless of the reason, the emotional journey of Liesl and Der Erlkonig was nothing short of magical. I cannot wait to read the second installment of this story and discover the future for them both.

Most Memorable Aspect: The musical references and lush writing style. 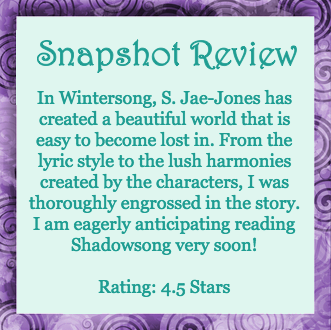