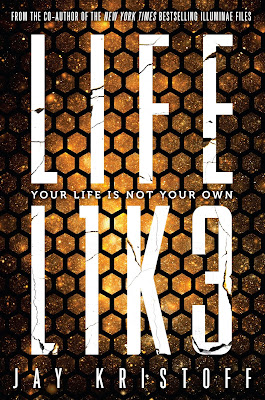 Goodreads Summary: On a floating junkyard beneath a radiation sky, a deadly secret lies buried in the scrap.

Eve isn’t looking for secrets—she’s too busy looking over her shoulder. The robot gladiator she’s just spent six months building has been reduced to a smoking wreck, and the only thing keeping her Grandpa from the grave was the fistful of credits she just lost to the bookies. To top it off, she’s discovered she can destroy electronics with the power of her mind, and the puritanical Brotherhood are building a coffin her size. If she’s ever had a worse day, Eve can’t remember it.

But when Eve discovers the ruins of an android boy named Ezekiel in the scrap pile she calls home, her entire world comes crashing down. With her best friend Lemon Fresh and her robotic conscience, Cricket, in tow, she and Ezekiel will trek across deserts of irradiated glass, infiltrate towering megacities and scour the graveyard of humanity’s greatest folly to save the ones Eve loves, and learn the dark secrets of her past.

Even if those secrets were better off staying buried.

First Thought After Finishing: What an adventure! I need the next book now!

I’m always wary of reading sci-fi and robot books. It’s not necessarily my favorite genre, but every now and then a book comes along that makes me appreciate the genre. LIFEL1K3 was one such book. With an intriguing dystopian world and a new world of robots, this book kept me turning pages until the very end—true cert’, as Eve would say.

Eve is trying to survive in the Scrap, battling logika in the WarDome to get enough credstiks to buy her grandfather’s medicine. She’s won eight fights in a row, thanks to a robot of her own creation, and with her best friends by her side, Eve is certain she can’t lose. But when things go awry in the battlefield, Eve suddenly finds herself penniless and a target. And that’s not all she finds. She stumbles across a boy named Ezekiel, who seems just a bit off, and more trouble than she could have possibly imagined. Suddenly Eve is on the run, desperate for safety and answers. But in the fight for her life, who can she trust?

I have only read one other book by Jay Kristoff (shame on me, I know), so I am glad to add another one to the list! LIFEL1K3 is filled with more than robots; it is filled with secrets and intrigue, tales of friendship and bravery, and yes, a hint of a love story. All of this takes place in a post-apocalyptic setting, in which the US has been destroyed with technological wars and most people are merely trying to survive. The dangers from street gangs and poverty are still all too real, and there is little respite from the horrors of the environment.


"Your past doesn't make calls on your future. It doesn't matter who you were. Only who you are."

Enter Eve, a fierce, resilient, and determined heroine, but one who certainly does not operate alone. The side characters really make this story—especially Eve’s spunky and loyal best friend, Lemon Fresh, her logika Cricket (who rather reminded me of Jiminy Cricket), and her blitzhund Kaiser. Eve has to undertake multiple journeys throughout the book—physical, emotional, and mental. As the title of the book implies, life is not always what it seems. Like Eve, I wanted to unravel the mysteries around her and have everything be alright. Ezekiel is another intriguing character. There is obviously more to him than meets the eye, but despite the uncertainty, I couldn’t help but want to love him. His strength and devotion and qualities that anyone could appreciate.

Just as the heroes sometimes have hidden motives, so too do the villains. These motives keep both people and corporations pursuing Eve and her friends. At times it was difficult to know who to trust, but making sense of everything was just one more reason to keep reading!

Most Memorable Aspect: The layers of the story. 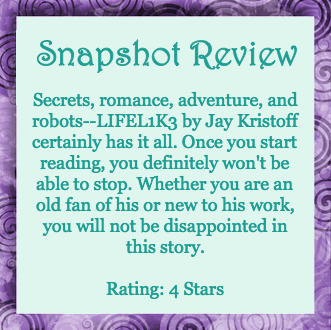 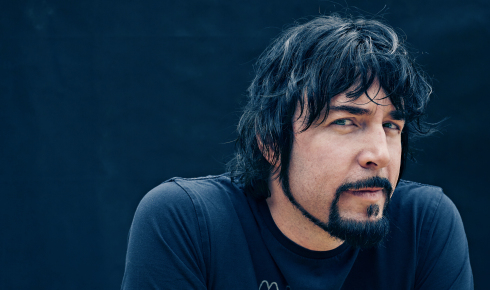 Jay Kristoff is a #1 international, New York Times and USA Today bestselling author of science fiction and fantasy. He grew up in the second most isolated capital city on earth and fled at his earliest convenience, although he’s been known to trek back for weddings of the particularly nice and funerals of the particularly wealthy. Being the holder of an Arts degree, he has no education to speak of.

His LOTUS WAR trilogy was critically acclaimed in Kirkus and Publishers Weekly, nominated for the David Gemmell Morningstar and Legend awards and won the 2014 Aurealis Award. Jay’s new series, the SciFi thriller THE ILLUMINAE FILES, was co-authored with Amie Kaufman. Book 1, ILLUMINAE, became a New York Times and international bestseller, was named among the Kirkus, Amazon and YALSA Best Books of 2015, became a finalist for the Prime Minister’s Literary Award and won the 2016 Aurealis Award and an ABIA Book of the Year award. ILLUMINAE is currently slated to be published in thirty five countries, and film rights have been acquired by Brad Pitt and Plan B Entertainment.

Jay’s new fantasy series, THE NEVERNIGHT CHRONICLE, commenced in 2016. The novel was an international bestseller, won the Aurealis award and earned Kristoff his second Gemmell nomination. Part 2, GODSGRAVE, was published in 2017, and won the series its second Aurealis award. A new YA series, LIFEL1K3 has also been acquired by Knopf/Random House Kids, and commences publication in early 2018. A new series with Amie Kaufman, THE ANDROMEDA CYCLE, begins in 2019 with Knopf/Random House Kids. Jay is as surprised about all this as you are. He is represented by Josh Adams at Adams Literary.

Jay is 6’7 and has approximately 12,000 days to live. He abides in Melbourne with his secret agent kung-fu assassin wife, and the world’s laziest Jack Russell.

He does not believe in happy endings.