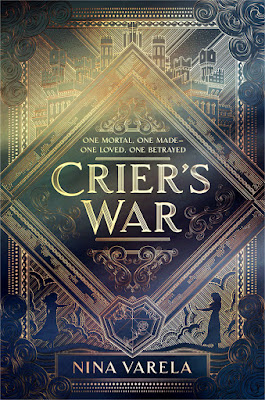 Goodreads Summary: After the War of Kinds ravaged the kingdom of Rabu, the Automae, designed to be the playthings of royals, usurped their owners’ estates and bent the human race to their will. Now Ayla, a human servant rising in the ranks at the House of the Sovereign, dreams of avenging her family’s death…by killing the sovereign’s daughter, Lady Crier. Crier was Made to be beautiful, flawless, and to carry on her father’s legacy. But that was before her betrothal to the enigmatic Scyre Kinok, before she discovered her father isn’t the benevolent king she once admired, and most importantly, before she met Ayla. Now, with growing human unrest across the land, pressures from a foreign queen, and an evil new leader on the rise, Crier and Ayla find there may be only one path to love: war.

The synopsis of this book offered all of the best elements of current young adult literature: a fantasy world, science fiction and historical elements, a slow-burn romance, and political rest. In Crier’s War, Nina Varela delivered all of this, crafting a story that felt both familiar and new, leaving me with anticipation for the sequel.

Once upon a time, there were no Automae, only humans. Then a barren queen, desperate to be a mother, issued a challenge: Build her a daughter and obtain innumerable riches. Thus the first Automa was Made, and so began a new era. However, itt did not take long before Automae—with their superior strength—usurped power from the humans and relegated the humans to a servant role. In the aftermath of the War of the Kinds, the Automa Sovereign Hesod rules Rabu, and his Made daughter Crier is poised to follow in her footsteps. That is, until she meets the human Ayla, a victim of the continuing class war and spitfire who makes Crier come alive in ways she never imagined. Crier is drawn to Ayla and makes the human her new handmaiden, unwittingly giving Ayla the opportunity for revenge she has always dreamed of. Crier wants to become a benevolent ruler, to make her father proud, and to explore these new feelings. But with tensions growing between humans and Automae, the constant threat of uprisings, and Crier’s engagement to Scyre Kinok, it seems that the only path forward may be war—within the country, and within herself.

From the beginning of the narrative, I was drawn into the world. Glimpses of journal pages documented the history of the world, and their reappearance throughout the story helped to shade the picture already in place. Despite the recent war that should have made Crier and her father separate and distinct from humans, Sovereign Hesod harbors a fondness for human traditions. In Crier, this fondness becomes a dream of returning (in part) to a life before the war. Automa are not supposed to have feelings, yet Crier never felt like a distant narrator. Throughout the book, her emotions—worry, longing, fear, and more—were tangible, and she was a more sympathetic character for it. She stood in stark contrast to both Ayla, who actively tried to have no emotion save her anger and her drive for purpose, and Kinok, who is too embroiled in schemes to display anything but cold, calculated manipulation.

In other stories, gender and tradition serve as the obstacles to romance, but not here. In this instance, political unrest and class differences serve as the chasm needing to be crossed. The palpable tension between Crier and Ayla is heightened through alternating points of view that weave together seamlessly into one story rather than feeling like battling perspectives. The ebb and flow of their growing feelings for each other occurred naturally, though it largely happened in their thoughts rather than in actual encounters between the two. Their rare intimate moments were quite touching, and I would have liked to see more of them. Instead, most of the page time was dedicated to unraveling the puzzles presented by Kinok, Queen Junn, and Ayla’s past. Both girls encounter more than a few surprises along the way, and trusts and loyalties are often called into question, both of which made for a gripping read.


“’Fever and fervor,’ said Junn.
‘There is very little difference, in the end.’”

This quote aptly describes so many aspects of Crier’s War, from the dangerous political climate to the all-consuming thoughts of new love. Varela did an excellent job of crafting this feeling for her story as well—I read most of the book over two days and found myself disappointed when I had to set it aside. I am eagerly anticipating the sequel and the answers it provides!

Most Memorable Aspect: The crafted human fairy tales, how they were shared, and their adoption for political code. 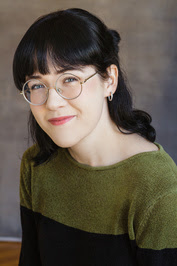 Nina Varela is a nationally awarded writer of screenplays and short fiction. She was born in New Orleans and raised on a hippie commune in Durham, North Carolina, where she spent most of her childhood playing in the Eno River, building faerie houses from moss and bark, and running barefoot through the woods. These days, Nina lives in Los Angeles with her writing partner and their tiny, ill-behaved dog. She tends to write stories about hard-won love and young people toppling the monarchy/patriarchy/whatever-archy. On a related note, she’s queer. On a less related note, she has strong feelings about hushpuppies and loves a good jambalaya. CRIER’S WAR is her first novel. You can find Nina at any given coffee shop in the greater Los Angeles area, or at www.ninavarela.com.