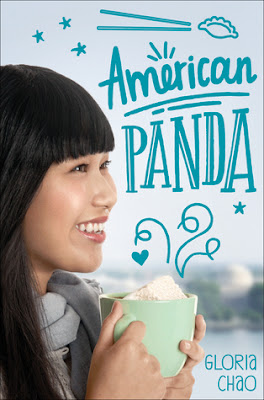 Goodreads Summary: At seventeen, Mei should be in high school, but skipping fourth grade was part of her parents' master plan. Now a freshman at MIT, she is on track to fulfill the rest of this predetermined future: become a doctor, marry a preapproved Taiwanese Ivy Leaguer, produce a litter of babies.

With everything her parents have sacrificed to make her cushy life a reality, Mei can't bring herself to tell them the truth--that she (1) hates germs, (2) falls asleep in biology lectures, and (3) has a crush on her classmate Darren Takahashi, who is decidedly not Taiwanese.

But when Mei reconnects with her brother, Xing, who is estranged from the family for dating the wrong woman, Mei starts to wonder if all the secrets are truly worth it. Can she find a way to be herself, whoever that is, before her web of lies unravels?

First Thought After Finishing: Such a sweet romance story, and I loved learning about Chinese/Taiwanese culture!

I’ve had American Panda on my shelves for a while, and when I was looking for a humorous book for a readathon, this one jumped out as an obvious choice! It was a perfect palate cleanser after reading a lot of fantasy and sci-fi books, and I loved the added elements that made it more than a contemporary YA romance!

Mei is a seventeen-year-old freshman at MIT, one step close to fulfilling her parents’ dream of her becoming a doctor. There’s only one problem—she doesn’t think she can handle being a doctor. Biology doesn’t interest her, and she’s more than a little squeamish about medical issues. She’s also not ready to be paired for marriage with the boy of her mother’s choosing. But after everything her parents have sacrificed for her, how could she ever tell her parents the truth? Instead, she keeps hiding pieces of herself—her hobbies, her crush, even her reunion with her estranged brother. But secrets always have a way of coming out, and what will happen when her parents finally discover the truth?

I love books with a college setting, especially ones that make me feel like I’m right there on the campus. American Panda has so many great details about MIT, including special vocabulary, great descriptions of their special buildings, and more. It made me remember my own college days, where we used acronyms for everything and had our own special traditions involving clock towers and fountains. I also found myself identifying with Mei more than I expected, despite the cultural differences. She wanted to please her parents, but she also wanted to follow her own artistic path; my parents had hopes of me going to medical school, but I was a music major instead. The difference is that Mei had generations of cultural tradition and responsibilities heaped onto her shoulders. Her mother especially was overinvolved in her life, always trying to care for her daughter but smothering her with guilt at the same time. The voice mails and “horror” stories her mother told were quite comical to an outsider but were certainly a lot for any teenager to handle.

Mei’s romantic adventure was also entangled with her journey to independence. As much as she liked Darren, she always worried about what her parents would think about the fact that he wasn’t Chinese. Still, the attraction was undeniable. They had such a sweet courtship—Darren was just the kind of guy that anyone would want for a first boyfriend. Still, Mei had to work through years of emotional baggage to be able to find her own happiness. Her brother ended up coming through for her in this respect, just like a big brother should. Unlike some books, where the side characters don’t seem to fit in or aren’t that likeable, all the characters here were integrated into the story and helped it come to life.

I always appreciate “heavier” contemporary books, and this one certainly delivered. All the heartache was also balanced with laughter and smiles. I look forward to reading more from Gloria Chao!

Most Memorable Aspect: All of the references to Chinese culture and the MIT descriptions. 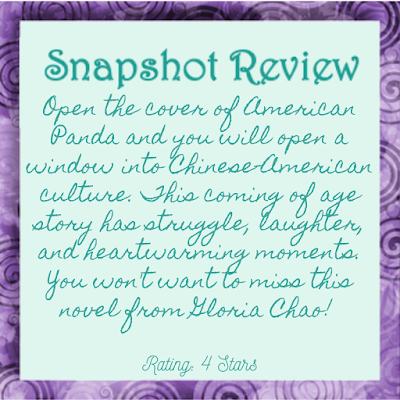