Book Sketch: Daughter of the Siren Queen by Tricia Levenseller 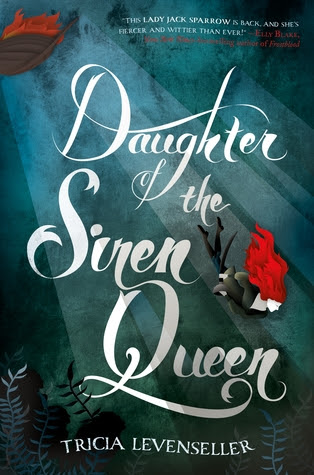 Alosa's mission is finally complete. Not only has she recovered all three pieces of the map to a legendary hidden treasure, but the pirates who originally took her captive are now prisoners on her ship. Still unfairly attractive and unexpectedly loyal, first mate Riden is a constant distraction, but now he's under her orders. And she takes great comfort in knowing that the villainous Vordan will soon be facing her father's justice.

When Vordan exposes a secret her father has kept for years, Alosa and her crew find themselves in a deadly race with the feared Pirate King. Despite the danger, Alosa knows they will recover the treasure first . . . after all, she is the daughter of the Siren Queen.

First Thought After Finishing: I’m going to miss all of the adventures of Alosa and Riden!

I picked up Daughter of the Pirate King in April, and I couldn’t believe I had waited so long to read it! It was such a fun escape, especially right at the beginning of the Covid-19 quarantine, and their rollicking adventures kept me turning page after page. Daughter of the Siren Queen picks up right not long after the first book ends, and there are more hijinks, heists, and heated moments filling every page!

Alosa is a woman on a mission to fulfill her pirate dreams: Find the hidden treasure, take her rightful place as the new pirate queen, and exact revenge on her enemies. But while making her plans back at the Keep, she realizes that she doesn’t know her father quite as well as she thought. Suspicion leads her to investigate and uncover long-held secrets that will change her life forever. Before she can finish plotting and planning, Alosa is once again racing across the ocean with her crew and Riden by her side. This may be her most dangerous adventure yet, but she’s not the daughter of the Pirate King and Siren Queen for nothing. She’ll make her dreams come true, or die trying.

The fierce and feisty heroine is back for another round of adventures in Daughter of the Siren Queen. While the first book was nonstop adventure, this book has more introspection and soul-searching from Alosa. After uncovering her father’s secrets, she has to come to terms with her childhood and everything she thought to be true. But that is not to say this book isn’t full of action. There are plenty of high-stakes battles from feuding pirates, not to mention page-turning tension. Alosa also has to confront the siren half of her nature if she wants to find the treasure and keep her crew safe. Once again, this is a battle of inner strength, and I could really appreciate the transformation that Alosa goes through in this story.

One of the best parts of this book was getting to see more of Alosa’s crew and the bonds between all the members. The crew epitomizes squad goals that takes sisterhood to new levels with their quick wit, fierce loyalty, and mutual respect. I’m sure there won’t be more books written in this world, but I can imagine all of the female pirates having the most interesting backstories with such exciting futures.

Finally, there is the relationship between Alosa and Riden. The tension isn’t quite as high as the first book, but there are definitely more intimate moments. We finally get to learn about Riden’s past, and it made him even more endearing. These two complement each other so well, and I couldn’t help cheering for them as they found happiness with each other.

With this duology, Tricia Levenseller has made it onto my auto-buy author list. I can’t wait to read more of her books!

Most Memorable Aspect: The bonds between the female pirate crew. 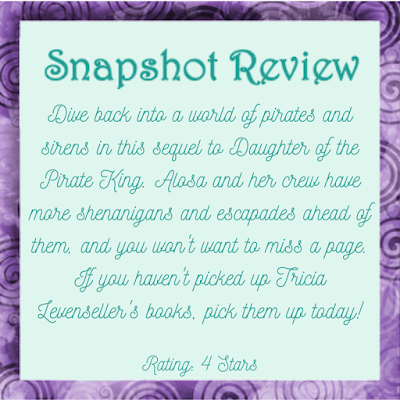